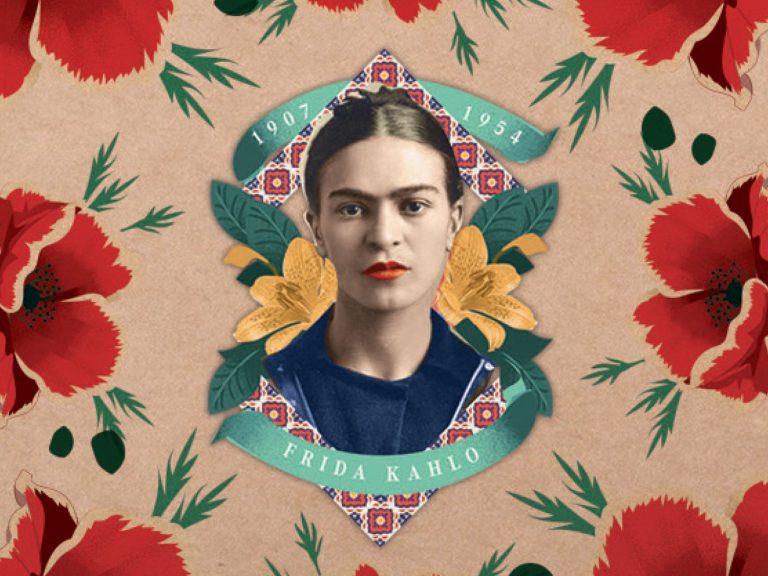 Your story is your legacy – Frida Kahlo

To begin to grasp the enormity of Frida and her legacy, which remains current and relevant worldwide, it is necessary to first explain that Frida represents many women and can be an inspiration to many others that find her relatable either consciously or subconsciously.

Frida completed 143 paintings, of which 55 were self-portraits. In fact, the self-portraits are the best known because they helped her transform her life. It is perhaps that type of living that inspires me to follow in her footsteps, her stories, her anecdotes, her mysteries, her fears, her joy, and her suffering … It is perhaps her essence that causes me to love in Frida what I love about myself.

I have many times been asked, some with true curiosity or candid innocence and yet others with a veiled rejection; “Why is Frida still a relevant and controversial if she died more than 64 years ago?”

My answer is simple and honest, as Frida was: Because of her strength and vision to inspire to overcome everything without distinction; including overcoming adversity, fighting day in and day out, transcending and achieving our dreams, and above all to be happy. Having Frida as a reference gives one the hope and the certainty to overcome our fears, anxiety and indecisiveness no matter how overwhelming the may be.

I believe no one doubts that Frida was authentic and genuine. She chose her own beauty and created her own look. Though many believe she highlighted her imperfections, I do not believe that was the case. Rather she understood the power of her image and for that reason she emphasized her uni-brow, to which she applied her Revlon brow pencil. She adorned her head with flowers, used striking dresses, and painted her lips red. Despite all this, Frida still used long skirts and a hidden platform shoe to disguise the leg affected by polio when she was six years old, and for which she was called “Frida peg leg”.

I am confident that more than Frida’s passion; it was her stubbornness and willingness to break social norms what draws me to her. The fact that she suffered deeply from an accident that destroyed her body yet did not destroy her mind or her ideals.

There is a phrase from Frida which is fundamental to understanding her mindset and strength: “Pain is inevitable, suffering is optional.”

The more I get to know Frida, the more I fall in love with her. Many of you wonder: “why is Frida an icon? Why do I like her so much?”  The explanation is exciting and irreverent. Friday did not care what people thought. Frida was different. She spoke Spanish, English, French, German, and “Mexican”.  During her thirties and forties, Frida dressed as a man or woman, whichever she liked. She cut her hair like a man, and then let it grow. She was a wife and a lover at the same time. She could not have children but there are three abortions registered during her lifetime, which she depicted in her paintings and described in detail in her diary. Frida was an unregretful lover to men.  How could we not admire, understand and be jealous of her freedom?

Frida turned her life into a legend, despite the fact that during her life her art and story were mostly obscure.  Fortunately today, history has returned the Glory that she lacked during her lifetime.